Our mission is to prepare university students to be of the best quality, gain skills, reach their full potential, and reflect on fundamental human values to become competent professionals, responsible citizens and people of value dedicated to their family and to the community. People who can make a difference and leave a mark.

The RUI Foundation realizes this vision through:

Read more about the education program →

Where the residences are

Perfect environment for life and study 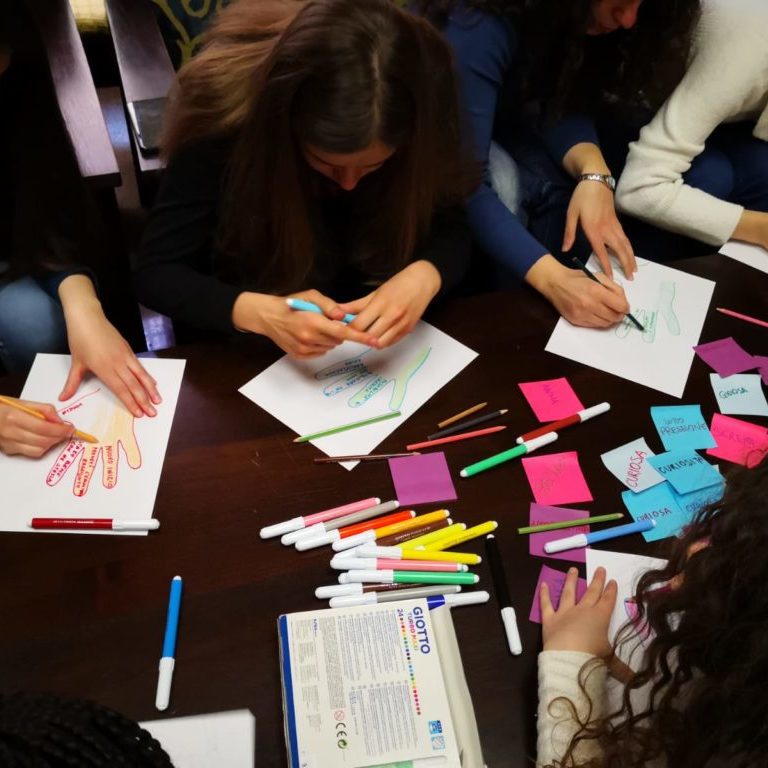 People who leave a mark

You can find the guiding principles of our collegial model in our “Declaration of Principles.” In short, “our residences are characterized by an open and friendly approach to cohabitation among people from different geographical, cultural, and social backgrounds, and by putting a premium on personal freedom and the responsibility which that entails.”

At the end of the 1950s, a group of professors, parents, and professionals, encouraged by Opus Dei founder Saint Josemaría Escrivá, started an initiative to benefit university students, especially those away from home and from other countries. They decided to establish a civic entity, the RUI Foundation, dedicated to establishing and promoting university residences.

The RUI Foundation promoters wanted these residences to be founded on a family environment, founded on friendships, and characterized by a rich educational offering able to integrate preparation for coursework and specialization along many different paths of personal, relational, cultural, and professional growth.

In 1959, the newly established RUI Foundation opened its first residence, the Collegio RUI in Rome. Later, it opened Villa delle Palme in Rome, Torleone in Bologna, and Viscontea (active since 1954) in Milan. In the 1960s, it established the residences Pontenavi and Clivia in Verona, RUME in Palermo, and Delle Peschiere in Genoa.

The RUI Foundation established many university programs in cooperation with developing nations by awarding scholarships in collaboration with UNESCO. At that time, 50% of the students in RUI residences were from developing countries.

In 1968, we celebrated the 10th Urio university student conference.

The RUI Foundation opened Torriana and Torrescalla in Milan. RUI offered preparatory courses for high school students, study methodology courses and continuing education courses for teachers (in collaboration with the Ministry of Education), first in Lazio, and then in the rest of Italy. The series “Scelte e Progetti” started publishing essays on study preparation and pedagogical approaches.

In the 1970s, the Foundation had its first international collaborations with the EU three-year pilot project on preparatory courses in the school districts of Chieti, Vasto and Lanciano, and with the project “TreP” dedicated to awarding scholarships to South American students.

In 1974, the Krakow archbishop Karol Wojtila participated in a philosophy conference sponsored by RUI in Rome.

The RUI Foundation continued its international research by promoting the European conference at Castelgandolfo “Scelta, riuscita negli studi e transizione alla vita attiva nell’insegnamento superior” (“Choice of field of study, successful graduation and transition to teaching in high schools”), financed by the Ministry of Education and by the European Commission. The project Prius was also started in this period and was aimed at student exchange between Italian and US universities. During the Paris-Nantes conference on university preparation, founded by the French Ministry of Education and by the European Commission, the RUI Foundation instituted the first group of European experts on university preparation. CIMEA, the information center on mobility and university equivalency was established in 1986.

The RUI Foundation opened the Alzaia residence in Milan and organized the conference “Università e impresa. Quale cooperazione per il sistema Italia” (“University and Enterprise. What Kind of Cooperation for the Italian System?”) in Torrescalla, a pioneering initiative to open a dialogue between universities and the workplace.

Following an initiative by the RUI Foundation, the European forum on university preparation, Fedora, was established during the Athens and Delphi conference, financed by the Greek Ministry of Education and the European Commission. In 1993, CIMEA published “A Guide to University Studies” for the Ministry of University Studies, printed in 500,000 copies and distributed in all high schools in Italy. Since then, a new, updated version is printed every year.

In Torrescalla, Milan, the conference “Impresa & Università alla ricerca della sinergia” (“Enterprise and University: In Search of Synergy”) continued the collaboration between university study and the workplace, followed by the publication of “Università e Impresa” (“University and Enterprise”), a collection of the research conducted in 1988-1989 on behalf of the European Commission, the Ministry of Education and the region of Lombardia.

In the 1990s, Rome hosted the first of the UnivItalia conferences, preparatory sessions for the international conference Univ, and many student conferences on bioethics, science, and philosophy in Ponte di Legno, Flumserberg, and London. In 1990, Milan hosted the first GOU day, a study preparation day dedicated to high school students.

In 1993, the Viscontea residence moved to a larger building in Via Lamarmora.

In 1994, ECSTA promoted in Europe the Euro Student research on the living and studying conditions of Italian university students. The RUI Foundation is responsible for the Italian research and presents its results every three years in public conferences. RUI continued to publish materials for students: “A Guide to Scholarships,” “A Guide to Services for Students” and “Colombo,” an introduction to the Italian university system on CD-ROM (sponsored by the Ministry of University Studies). In 2001, the Foundation began publishing “Universitas,” a quarterly journal dedicated to research and documentation on university life, and the publication “Documenti di lavoro,” first published in the 1960s to collect conference proceedings for conferences held by the Foundation, changed its name to “Fondazione RUI.” Since then, it has recorded in detail the activities in our residences.

In 1997, the RUI Foundation was among the founders of CCU – the yearly conference of university colleges.

In 1996, Delle Peschiere moved to Albaro, and Capodifaro and Porta Nevia opened in 2000 and 2001 respectively.

During the 2000 Jubilee, the RUI Foundation actively took part in the University Jubilee.

In 2002, in Palermo, RUI opened a pilot project for university courses on study methodology, in collaboration with various universities. In the following years, the courses took place at la Sapienza, Roma Tre, Sassari, Perugia, Milano-Bicocca, Verona, Lumsa, and Campus Bio-Medico.

In 2003, RUI opened the Celimontano residence in Rome. In 2004, CIMEA became the national point contact for Erasmus Mundus.

In 2008, the city of Milan awarded RUI with the certificate of civic merit and, the following year, the RUI Foundation celebrated 50 years of activity.

The RUI Foundation, to celebrate its 50 years of activity, and the 50 years of our Constitution, instituted a competition for high school students on the Italian Constitution, with prizes awarded in the Senate.

The Association of RUI Alumni opened its activities; it counted 4000 members among former residents. The Alumni Association organizes community and networking events for students to grow professionally and personally. In 2019, RUI initiated the Mentoring Project. 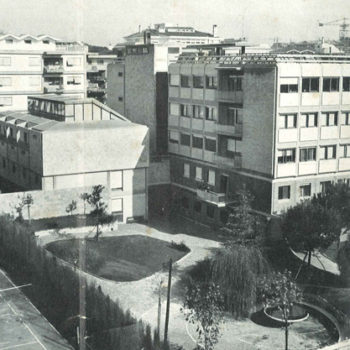 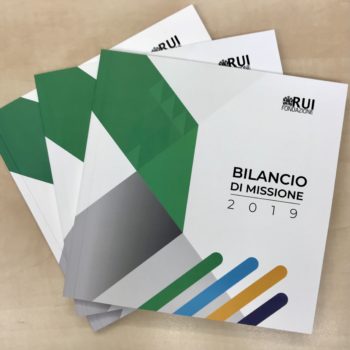 The RUI Foundation publishes a yearly Social Report summarizing its most meaningful initiatives and their impact on its stakeholders: the residents and their families, universities, employers, employees and collaborators, national and international institutions, and civil society at large.

The highlights include our support to students of merit, our educational programs, and our research and volunteer programs.

Our report includes the opinions of those at the heart of our experience, the students in our residences, who talk about their experience, highlighting the aspects of our programs that impacted them the most, personally and professionally.

Finally, there is a financial report showing how the Foundation, being a nonprofit, sustains itself, allocating its limited resources in the best way possible.

Send a message to info@fondazionerui.it to receive one copy of the most recent social report.

The RUI Foundation has been recognized as an Ente Morale (charitable institution) with the Presidential Decree n. 932 of 16/09/1959 and is registered at the Registro Persone Giuridiche della Prefettura (National Register of Legal Entities) in Rome, n. 156. The Foundation manages university residences for students of merit, acknowledged and accredited by the Ministry of University Studies.

The decree 68/2012 defines university residences for students of merit as residential structures open to Italian and international university students, of high educational and cultural quality, pursuing the promotion of students of merit, inter-cultural educational activities, and ensuring that each student can follow a personal path with the aid of educational services aimed at preparing and integrating their education. The decrees D.M. 672/16 and D.M 673/16 further defined the way in which said acknowledgment and accreditation process functions.

The RUI Foundation finances its own activities with fees and liberal contributions by private donors. It also benefits from public funding.

Where the
Residences are

HOW TO APPLY FOR OUR RESIDENCES
JOIN ALUMNI